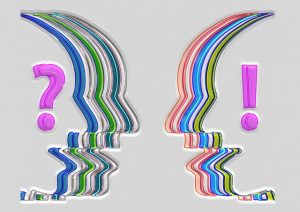 No Comments on XX Authors: Featuring C.L. RomanPosted in Behind the scenes for Readers By clromanPosted on February 28, 2019February 27, 2019Tagged fantasy, female authors, feminism, interview, Sci-fi

I am starting a series of interviews with authors of the female persuasion. In some cases, this may be the only thing they have in common. As the instigator of this endeavor, I thought it only fair that I start with myself.

BRP: Give us the deets – genre(s), length of career, how long you’ve been writing – all the basics.

CLR: I’m an indie author. Been writing my whole life, but my first book came out in 2013. Several others are gathering dust in a drawer somewhere. Thank goodness.

BRP: What made you choose Sci-fi and Fantasy?

CLR: I’m not sure I chose them so much as those genres chose me. I love the world building aspect, especially constructing the rules for the magic in a fantasy world. And, with both SF and Fantasy, you have so much scope. Anything is possible, which makes for some wonderful story opportunities.

BRP: How do you feel about female characters?

CLR: I am definitely pro-female characters. (Grins.) There is such a lot being said about how women are portrayed in books and movies. I think its important to simply let them be who they are. Strength or weakness should be an aspect of the character without regard to gender. The same is true for honest/dishonest, honorable/dishonorable and all the rest. I build my characters from the ground up starting with whether, at their base, they are a good person or a bad person, then progressing to how good/bad, how strong/weak, etc. Gender factors into that, but it does so as a separate issue.

BRP: What is the hardest thing about being a female author?

CLR: I think balancing work and home life continues to be a bit more difficult for women than it is for men. Maybe that’s a sexist view. I don’t know. I can only speak from my own experience. When I’m working, and something needs to be done (care for children, mess to clean up, meal to be made, whatever) I used to have to battle within myself the idea that I should automatically be the one to do it. Sometimes I still do.

Let me be clear. Neither my husband nor anyone else in my family “makes” me feel this way. It has a lot to do with the way I was brought up. The roles in family life were unspoken, but clearly defined nonetheless. So, when I’m working and something needs to be done, I am learning to ask myself, is this something I, specifically, need to take care of, and if not, I let someone else handle it. It doesn’t work that way all the time, of course. It’s a work in progress, like most of life.

BRP: What is the best thing about being a female author?

CLR: In some ways, being an author may be easier for women than being in the corporate world, because to a huge extent we are our own boss. We choose who we work with, which offers us a huge advantage that women in the corporate sector don’t have. When I was a secretary, for instance, I dealt with sexual harassment on a daily basis, and more than one instance of gender discrimination. Keeping my job meant putting up with it or finding a way around it. But as an indie author, if I have a bad experience with an editor or a cover artist, then I have a hundred others to choose from. (Luckily, the ones I’ve worked with have been awesome.) The competitiveness of the field tends to weed out those who make things difficult.

BRP: How does being female affect your writing – or does it?

CLR: Never having not been a female I don’t know how to answer that. I know that probably sounds like it was intended as a joke, but the truth is, I have nothing to compare it to. I think all of us wear these lenses through which we view the world but, most of the time, we aren’t aware of wearing them. So, it’s really hard to set them aside. It is only when we intentionally remove the lenses, or something happens that knocks them off, or at least sideways, that we can see things differently. And that isn’t just true for women. It’s true for all of us. All we have is our first-person perspective, unless we make the effort – and it is a large effort, make no mistake – to see things from someone else’s viewpoint.

BRP: What do you think about the “strong female character” or STF, trope in literature?

CLR: In as much as it suggests that the “strong female” is a distinct subset, somewhat unusual and rigidly defined, it worries me a little. Everyone has strength. Sometimes that strength comes from gender, but far more often it comes from the totality of who one is: personality and life experience. Some are stronger than others, or strong in different ways. Some don’t access it as often or as readily as they might, but that comes back to character and choices.

On the other hand, I do like the STF as an alternative to the submissive stereotype that used to be more common in literature. The funny thing is, those types of characters are forgettable. They have no staying power. Who do we remember from literature, and why? Do we remember Diana Barry or Anne-With-An-E? Hint: I had to Google Diana. I had no trouble remembering Anne.

BRP: How do you treat misogyny in your writing, or do you?

CLR: It would be foolish to ignore misogyny. As Elie Wiesel said, silence helps the oppressor, never the oppressed. There are people in the world who do bad things out of a warped worldview that sees women as less than.  But I try hard not to glorify or reward it in my writing. And I try not to lean on it as a trope either.

BRP: Do you think the market treats authors, and/or protagonists, differently based on gender?

CLR: I have heard it said that in certain genres, readers accept authors of one gender more readily than they do authors of another gender. I have no idea whether this is accurate, and no interest in testing the theory. True or not, I can only write the best stuff I can write, and let the pages turn as they may.

I think readers are looking for someone they can identify with. Gender is part of that equation. To that extent, maybe the market, or rather the reader, wants or expects different things from a protagonist. Whether or not that is based on gender? In part, yes, I think. But there are other components as well that are just as important.

BRP: What outside influences, if any, do you see having an impact on your writing?

CLR: The nightly news has a significant impact on my writing. Things that are happening in the world today – climate change, the #metoo movement, political weirdness – it all shows up one way or another.

CLR: As a young girl I loved Anne McCaffery. Her Dragon-Riders were everything I aspired to. Brave, tenacious. Then, as I grew older, I discovered Bradbury and Atwood. Now I don’t try to pick favorites. I just read what appeals to me.

BRP: Do you make a conscious effort to include feminist themes in your writing?

CLR: Not really, but I’m finding they show up more and more. Probably due to the question above about outside influences.

BRP: What advice would you offer to new women authors coming up?

CLR: Don’t give up and don’t listen to anyone who tells you that you should. Regardless of what field you’ve chosen to rest your passion in, pursue it with everything you’ve got. Even if you don’t meet the world’s definition of success, you may find it better to write your own anyway.

BRP: What are you working on now?

CLR: I am working on the third novel in my Earth Prime series, Gaia’s Revenge. Humans have been evacuated from Earth and are trying to find a new or regain the one they lost.

Author Bio: C.L. (aka Cheri) Roman, writes fantasy and sci-fi with a paranormal edge. You can find her at www.clroman.com and on Facebook. Cheri and her ever-patient husband live in the not-so-wilds of Northeast Florida with Jack E. Boy, the super Chihuahua, and Pye, the invisible cat.